On 12th July morning in Hanoi, Petrovietnam organized a Conference to summarize the business activities of the first 6 months and implement the tasks of the last 6 months of 2016.

Attending and directing the Conference was Deputy Prime Minister Trinh Dinh Dzung.
The Conference was also attended by Deputy Minister of Industry and Trade Cao Quoc Hung, representatives of General Department of Energy and relevant Departments.
Petrovietnam was represented by Chairman of the Board of Directors Nguyen Quoc Khanh, President & CEO Nguyen Vu Truong Son, leaders of the Board of Directors, Executive Management Board and member units of Petrovietnam.

Chairmen of the Conference
Implementing plans of 2016, in the context that the world and national economy face many difficulties and challenges, especially crude oil maintains its low price, the Group's activities are affected in all aspects, Petrovietnam leaders and employees have united, proactively given respond measures and basically fulfilled the business targets of the first 6 months.
Specifically, the entire Group has produced 14.57 million tons of oil equivalent, an increase of 6.8% against 6-month plan; produced and supplied 10.74 billion kWh to the national power grid; produced 826.5 thousand tons of fertilizer; produced 3.38 million tons of gasoline, an increase of 15.8% against 6-month plan.
Petrovietnam has earned a revenue of 215.6 trillion dong and contributed 42.2 trillion dong to the State budget. Petrovietnam President & CEO Nguyen Vu Truong Son reported business result of the first 6 months of 2016
The scientific, technological and training activities have been implemented actively; the oil and gas security and safety, environmental and labor safety, fire fighting and prevention in the oil and gas projects have been monitored closely and taken seriously. Social welfare has been actively implemented according to the committed amount of 120 billion dong for the first 6 months of 2016.
Thrift practice, wastefullness combat have been implemented seriously. All member units of the Group have reviewed, reduced costs of the year 2016 appropriate to the context of falling oil and gas prices. As a result,  the Group has reduced 4,741 billion dong in the first 6 months. The project for restructuring enterprises has been deployed urgently, strictly, meeting the schedule required in the Prime Minister's Decisions No.46 and No.1011. The participants' presentations at the Conference
Along with the business and production tasks, the Group has efficiently coordinated with relevant Ministries/ Sectors in implementing the exploration projects and affirming national sovereignty at sea.
Starting to carry out plans of the last 6 months,  besides certain advantages, the world and national economy is forecasted to continue facing challenges, the Group's leaders will focus on instructing and taking solutions synchronically, dealing with obstables immediately in order to fulfill and over-fulfill the 2016 targets assigned by the Government. Deputy Prime Minister Trinh Dinh Dzung gave instruction at the Conference
Giving instruction at the Conference, Deputy Prime Minister Trinh Dinh Dzung praised the leaders and employees of the oil and gas industry for uniting, overcoming difficulties, taking advantage to fulfill well the targets of the first 6 months.
The Deputy Prime Minister noted that as leading economic group of the country, ensuring national energy security, providing major contribution to the State budget, with the big challenges in the coming time, Petrovietnam team should take drastic and synchronic solutions, solve difficulties to over-fulfill the target. He requested PVN to continue promotion of enterprise restructuring, investment and investment management, combat wastefullness, ensure the policy for laborers in such a difficult period as currently. Petrovietnam Chairman of BoD Nguyen Quoc Khanh delivered speech
Acquiring the Deputy Prime Minister's directions, on behalf of Petrovietnam leaders, Chairman Nguyen Quoc Khanh committed that the Group would focus on removing difficulties and shortcomings, fulfilling the set target. The fire seekers would promote the tradition, unite, join efforts, be dynamic and creative, seize opportunities, overcome challenges to over-fulfill the targets of the last 6 months and the whole year 2016.
PVN.VN 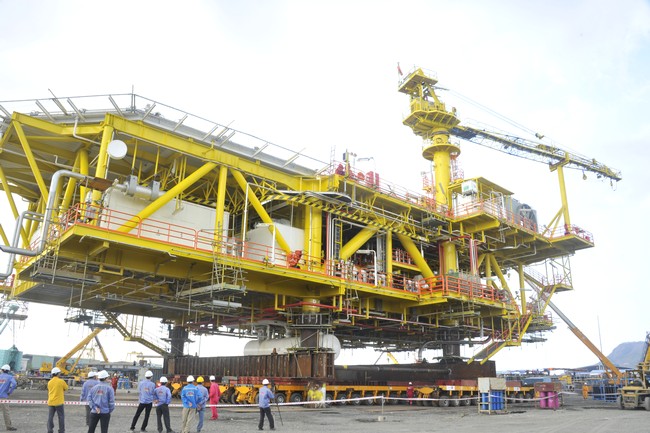 PET – ALE has performed successful load out of Diamond topside 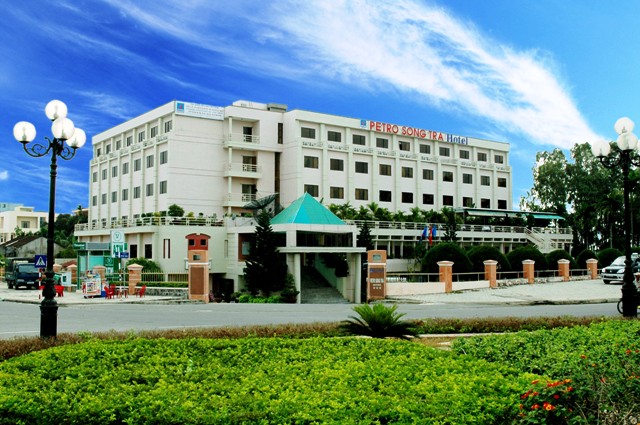